If you are a long time Windows user, the Ubuntu default graphical user interface which has the launcher on the left hand side may be a bit unfamiliar to you. Cinnamon is a GNOME 3 fork that allow you to have a panel at the bottom of the screen with a classic Windows-like start Menu. Like Ubuntu Tweak, Cinnamon is on an external repository, so we have to add it manually. Use the following commands in Terminal to install Cinnamon.

After the installation, logout the current session and select Cinnamon on the login window as follow before logging in again. 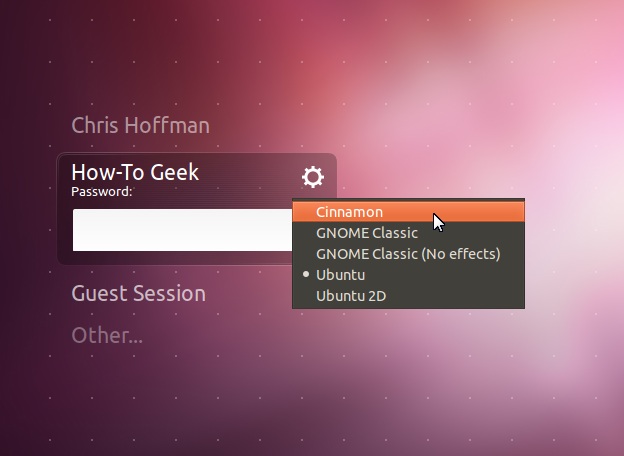 This site uses Akismet to reduce spam. Learn how your comment data is processed.

Searching in the cloud